Are you excited about the total Eclipse? 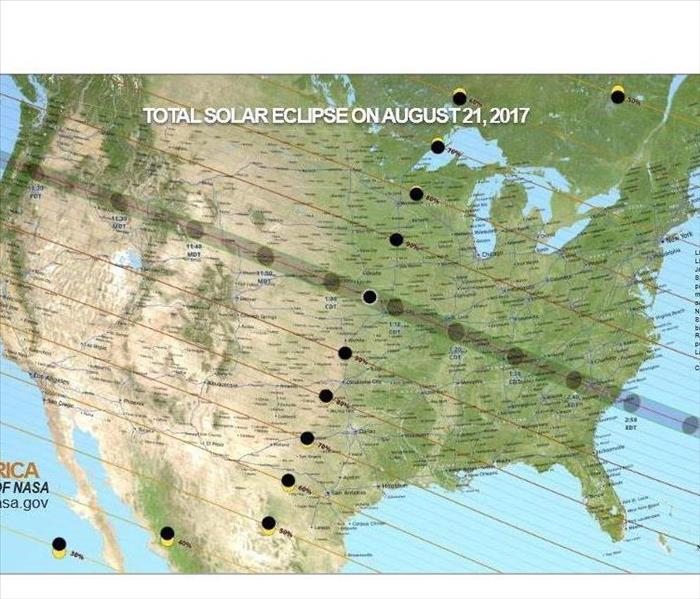 What is a Total Eclipse?

A TOTAL ECLIPSE happens when the moon completely covers the sun. Here, the observer is standing under the umbral shadow of the moon. In a total solar eclipse, the sun’s outer atmosphere can be seen.The brighter stars and the planets come out. Animals change their behavior. Birds and squirrels nest. Cows return to the barn. Crickets chirp. There is a noticeable drop in both light level and air temperature. It is an eerie feeling. Totality can last for no more than about seven and a half minutes but is usually less than three minutes long.

Looking directly at the sun is unsafe except during the brief total phase of a solar eclipse (“totality”), when the moon entirely blocks the sun’s bright face, which will happen only within the narrow path of totality (https://go.nasa.gov/2pC0lhe (link is external)).

The only safe way to look directly at the uneclipsed or partially eclipsed sun is through special-purpose solar filters, such as “eclipse glasses”.

THE PATH, WHO CAN SEE IT:

You can see a partial eclipse, where the moon covers only a part of the sun, anywhere in North America. To see a total eclipse, where the moon fully covers the sun for a short few minutes, you must be in the path of totality. The path of totality is a relatively thin ribbon, around 70 miles wide, that will cross the U.S. from West to East.  The first point of contact will be at Lincoln Beach, Oregon at 9:05 a.m. PDT. Totality begins there at 10:16 a.m. PDT.  Over the next hour and a half, it will cross through Oregon, Idaho, Wyoming, Montana, Nebraska, Iowa, Kansas, Missouri, Illinois, Kentucky, Tennessee, Georgia, and North and South Carolina.  The total eclipse will end near Charleston, South Carolina at 2:48 p.m. EDT.  From there the lunar shadow leaves the United States at 4:09 EDT.  Its longest duration will be near Carbondale, Illinois, where the sun will be completely covered for two minutes and 40 seconds.

For more information about this phenomenon click on this link: https://eclipse2017.nasa.gov/eclipse-who-what-where-when-and-how